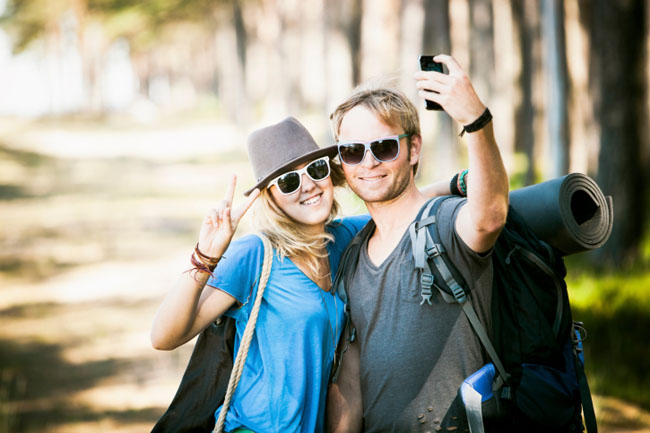 Still unsure about whether or not you should buy a house? It’s a big commitment, obviously, and not just from a financial standpoint. But the rewards generally far outweigh any potential downsides for those who take the plunge. Need more convincing? How about the fact that:

That money that comes out of your account every month? It’s going right into someone else’s account. Doesn’t that make you just a little bit mad?

To be clear, that someone else is making money off you

How about now, when you think about the fact that real estate continues to appreciate and you’re not getting to appreciate that appreciation. “The national median existing single-family home price in the first quarter was $232,100, which is up 6.9 percent from the first quarter of 2016 ($217,200) and the fastest growth since the second quarter of 2015 (8.2 percent),” said the National Association of REALTORS (NAR). Aren’t you tired of watching someone else make money while you sit in the place they own and try to figure out how to get ahead?

You need to express yourself

Not being able to put a coat of paint on the walls or hang some wallpaper or enjoy the countertops, cabinets, or flooring you picked out because your landlord won’t let you make any changes is not cool. Sure, there are some temporary solutions to make your place look better, but nothing compares to having the freedom to do what you want, when you want, with your space.

It doesn’t cost as much as you think it does

In fact, you may be paying more in rent right now than you would be for a house payment. A new NerdWallet.com analysis “showed that a majority of millennials would prefer owning to renting, but they appear to be postponing homeownership because of real and perceived difficulties in affording it.” But, a report from Investor’s Business Daily shows that, “Paying a mortgage is cheaper than renting in 42 states.” Is yours one of them?

Hardly anyone pays a 20 percent down payment anymore

Were you under the impression that you had to come up with a huge stack of cash to buy a house? Federal Housing Administration (FHA) loans are among the most popular options for all homebuyers, and for first-timers, they make a lot of sense. First, because the credit requirements are less stringent than other loans – in many cases, you can have as low as a 620 score. Also, you can qualify with as low as 3.5 percent down. On a $250,000 house, that’s only $8,750.

“For home buyers, FHA mortgages require a 3.5 percent down payment with the fewest ‘strings’ attached,” said The Mortgage Reports. “This makes the FHA mortgage one of the most lenient mortgage types available nationwide. There are very few credit restrictions with the FHA loan and the agency allows your 3.5% down payment to comes as a gift from a family member, employer, charitable organization or government home-buyer program.”

Rates are still near their lowest point ever

Yes, they’ve gone up a bit recently and are currently sitting a bit above four percent. But when you think about the fact that a decade ago they were over six percent and in the 1980s they were almost 18 percent, four percent looks a lot better, no?

Living in an apartment that doesn’t allow animals? That’s pretty common. Trying to find a rental with a generous pet policy is near impossible. If you do find one, you can usually expect to pay a hefty pet deposit and monthly pet rent.

Yeah, it stinks to have to be saddled with that debt just because you decided you should expand your education, get a degree, and make yourself more hirable. But jut because it’s a reality doesn’t mean you can’t improve your standing.

If you have student debt, mortgage investor Fannie May’s new rule changes “should make it easier for you to purchase a first home,” said the Chicago Tribune. The rules include:

Are your millennial friends starting to buy houses? They’re part of a sweeping national trend. “Get ready to see more first-time home buyer clients. In the first quarter of 2017, the number of new-owner households was double the number of new-renter households,” said the National Association of Realtors (NAR) in the most recent edition of their Realtor magazine.

There were about 854,000 “new-owner households” during the first three months of this year, which is more than double the 365,000 “new-renter households in that period, according to U.S. Census Bureau data. What’s more, it’s the first time in a decade that new buyers outpaced new renters.”

First-time buyers also account for 42 percent of homebuyers this year, up dramatically from 31 percent in 2011, which was the lowest point recorded by Fannie Mae.