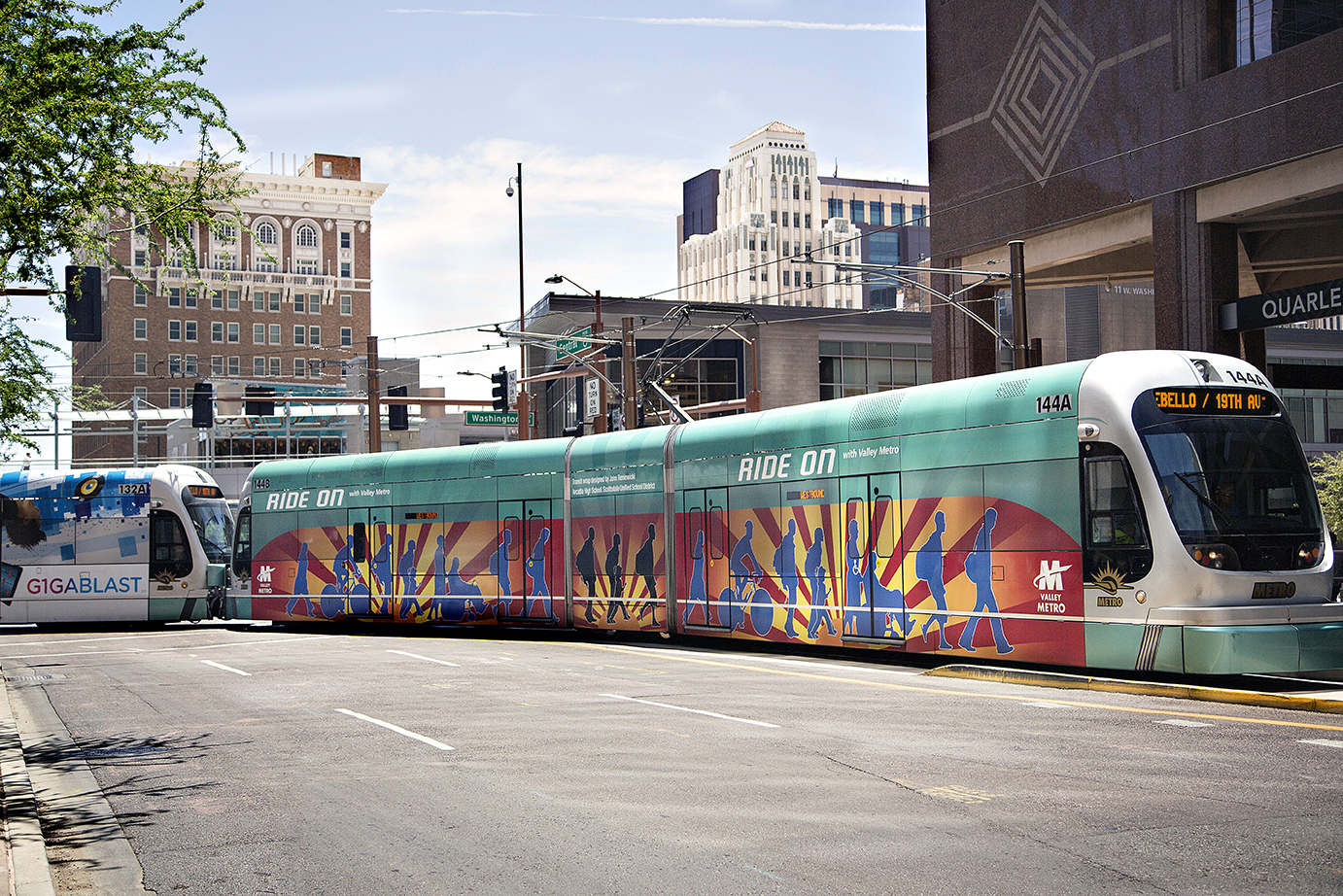 A controversial light rail project in Phoenix received a $100 million grant from the federal government this week — just more than a month before city voters will weigh in on whether to kill it and all future light rail development.

The Federal Transit Administration announced the funding July 9 for the South Central Phoenix light rail extension. The project calls for extending the existing Metro light rail line down Central and First avenues from downtown Phoenix all the way to South Mountain.

“This federal investment will be critical to light rail’s future in South Phoenix,” Stanton said in a statement. “We’ve long fought for this project, which is going to connect the community to new economic opportunities — connect them to jobs, education, health care, social services and more. It’s a great day for South Central Phoenix.”

“This funding is another step towards improving the mobility and public transit options for Phoenix residents,” Phoenix Councilman Michael Nowakowski said in a statement.

The extension, which has been in the works for several years, became a point of contention last year when a group of residents protested the project plan that calls for narrowing Central Avenue from its current four-lane configuration to two lanes. Some residents and business owners claimed to not have known about the two-lane plan even though it was approved by the city in 2014.

Opposition to the project grew into a campaign against all future light rail. Opposition group Build a Better Phoenix managed to collect enough signatures to put light rail before voters on Aug. 27. Proposition 105 would amend the Phoenix City Charter to end all planned expansions of light rail projects, and not expend any funds for light rail extensions or other fixed rail line transit systems constructed on or after Aug. 27, 2018.

Phoenix Mayor Kate Gallego noted the city would lose out on federal funding such as the $100 million awarded this week if Prop 105 passes next month.

“Today’s announcement is also an important reminder of the federal dollars that our city would lose out on should Proposition 105 pass in the city’s August election, effectively ending light rail in Phoenix,” Gallego said in a statement. “Ensuring that federal dollars go to important projects such as the light rail expansion means that our city tax dollars can fund priorities such as public safety and additional road improvements.”

Gallego emphasized the importance of light rail as a transit option for Phoenix, which is the fastest-growing city in the U.S.

“Investing in Phoenix’s light rail system means that the thousands of workers, students and families who ride light rail everyday will have expanded transit access, creating new opportunities for our residents,” she said. “As a world-class city and the fastest growing city in the nation, Phoenix light rail’s continued growth is crucial to our city’s success.”

The light rail system debuted in 2008 and has since become a boon to development and growth in Phoenix, Tempe and Mesa.