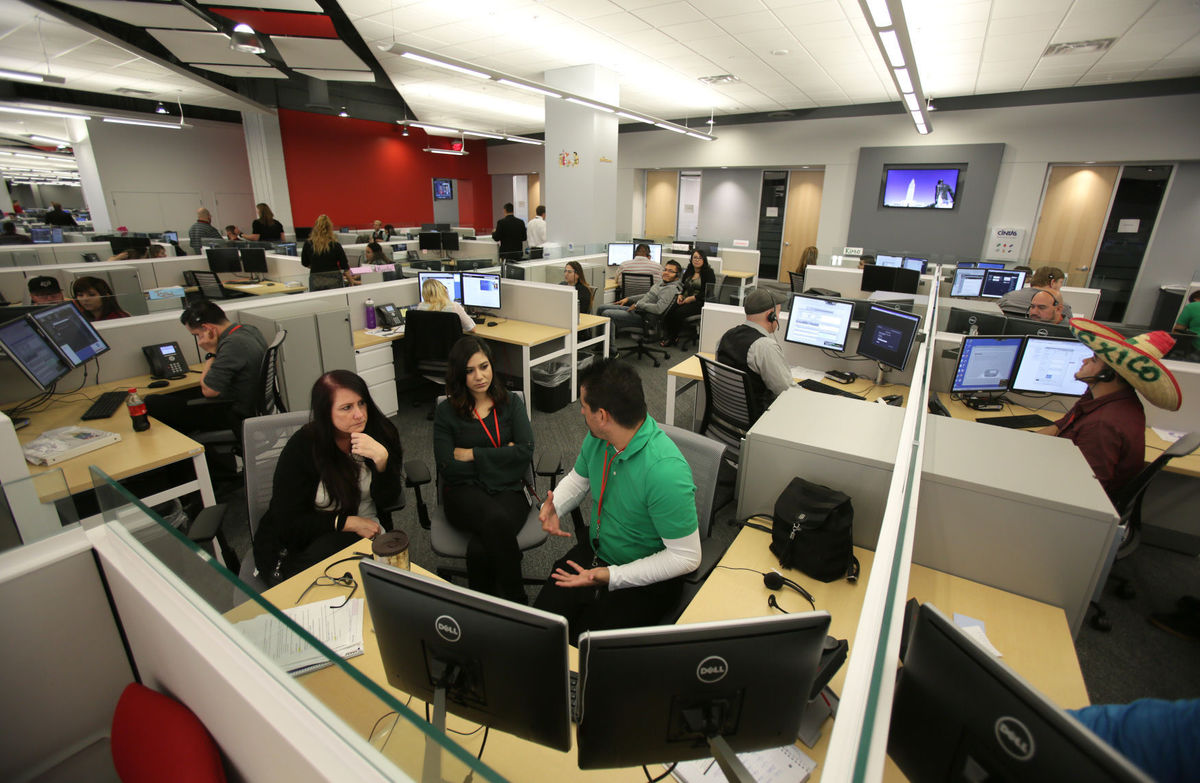 Comcast has taken over the former Tucson Galleria mall off Interstate 10 near Oracle Road.

The galleria was previously a mall and then was home to a furniture store.

“Comcast was looking for a well-located building with a great selection of nearby restaurants and amenities, and a strong public transportation network for its employees,” said JLL Vice President Derek Ruterman who managed the Comcast renovation. “They were able to look beyond this building’s label as ‘retail’ space to see that the property checked all of their boxes as a superior location for a new regional support center.”

The Tucson mall opened in the 1980 but had been vacant for several years.

It is now home to a new Comcast center providing IT, call center and social media services.

The development includes a fitness center, gaming spaces and small food markets on each of the building’s three floors. The mall’s original elevator and atrium remain. A former movie theater has been repurposed into meeting and break room spaces.

“This building has a central atrium unlike anything you’ll find in a typical office building and that creates a uniquely bright and airy work environment,” said Ruterman. “We continued that open approach throughout the project, blending exposed ceilings, floating acoustic panels and suspended linear LED lighting that pulls the eye up toward this building’s great ceiling features.”

Redevelopment began last summer and was completed in the spring. Comcast is now ramping up operations there.