New overtime rule could affect up to 20,000 Arizona workers 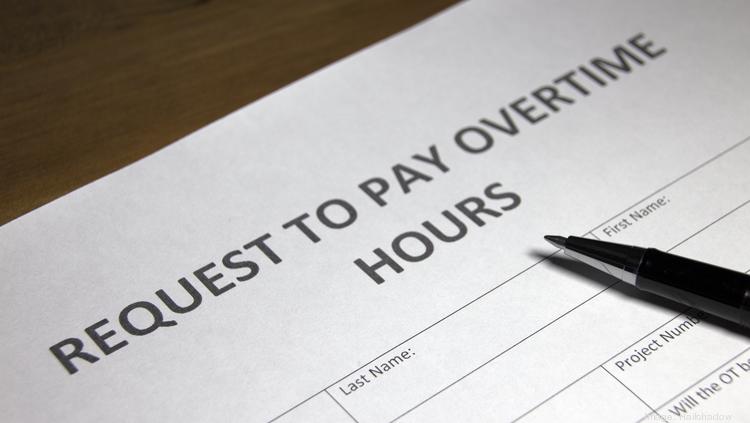 WASHINGTON – As many as 20,000 Arizona workers could be guaranteed overtime pay when they do overtime work under a Labor Department rule that took effect Jan. 1, the first change to the rule since 2004.

But critics say the change does not go far enough to protect workers, noting that it would affect only a fraction of those who would have been covered by an Obama administration change that was blocked in court.

“The Trump administration rule is very, very weak,” said Heidi Shierholz, senior economist and director of policy at the Economic Policy Institute. “It is palatable to people who don’t want workers to have overtime protections.”

She said the new rule is “right in the range of what the U.S. Chamber of Commerce asked for.”

There’s a reason for that, said Garrick Taylor, a spokesman for the Arizona Chamber of Commerce. He said the previous rule would have created a huge burden for employers by vastly expanding overtime pay.

“This rule is an improvement over the original proposal, which was less forgiving to job creators,” Taylor said, also pointing to the Jan. 1 mandatory minimum wage increase in Arizona that companies have to contend with.

The new overtime rule raises the threshold salary for workers who can be exempted from overtime regulations under the Fair Labor and Standards Act. Currently, workers making more than $23,660 can be forced to work more than 40 hours a week without guaranteed overtime, but the new rule changes that threshold to $35,568 per year for salaried workers.

The 20,000 Arizona workers who would be affected by the change are among an estimated 1.3 million workers nationwide who would now be entitled to time-and-a-half pay if they work more than 40 hours per week.

But that is a fraction of the people who would have benefited from the Obama-era rule that would have doubled the salary threshold to $47,476 and included an automatic increase every three years to account for inflation. That 2016 proposal would have covered 90,000 workers in Arizona and an estimated 4.2 million nationwide.

Business groups and 21 states, including Arizona, sued to block the plan and a federal judge in east Texas agreed in November 2016 that the planned expansion was an instance of federal overreach.

“It’s really bad politics for the Trump administration to be rolling back overtime pay,” said Sonn, adding that the higher threshold has bipartisan support.

“It’s something that America’s workers whose paychecks have by and large been flat, despite what’s supposed to be a recovery on paper, is something that they really understand and value,” he said.

Many states, including Colorado, Pennsylvania and Washington, have stepped in to restore overtime pay for workers, he said. Sonn called on Arizona to do the same.

But Taylor said Arizona businesses are already having to grapple with the higher minimum wage that was approved in 2016 under Proposition 206, the Fair Wages and Healthy Families Act. Under that law, which was overwhelminly approved by voters, the current $11-an-hour minimum wage jumped to $12 on Jan. 1.

“In Arizona, employers are already dealing with annual mandated wage increases,” he said. “If you make employment more expensive, you tend to get less of it.”

Most of the hourly workers affected by the minimum wage hike work in the restaurant or hospitality sector, though data examined by the Business Journal showed only a marginal decrease in the number of hours worked as the result of the recent wage hikes in the state.

Abril Gallardo of Living United for Change in Arizona (LUCHA), which led the charge for Prop 206, said the new overtime rule is not perfect but was long overdue.

“I think this is a step in the right direction,” said Gallardo, communications director for LUCHA.

“I think this will not only benefit the workers and the small business, but it will benefit the overall economy,” she said, “just like we’re witnessing here in Arizona, how that minimum wage increase is benefiting the economy in our state tremendously.”

Others were not so convinced.

“I don’t agree with it,” said Dawn Schumann, spokeswoman for the Teamsters Local 104 in Phoenix.

She worries companies will take advantage of the new rule, denying workers time-and-a-half while making them work more than 40 hours a week. Without assurances from companies that they will protect their workers, Schumann said “any ruling that comes out of Washington is subpar.”

She said many workers depend on overtime pay to make ends meet, with a large number already working two to three jobs. Schumann will be waiting to see what employers do once the rule goes into effect.