Dolphinaris to change direction after moving out last dolphins 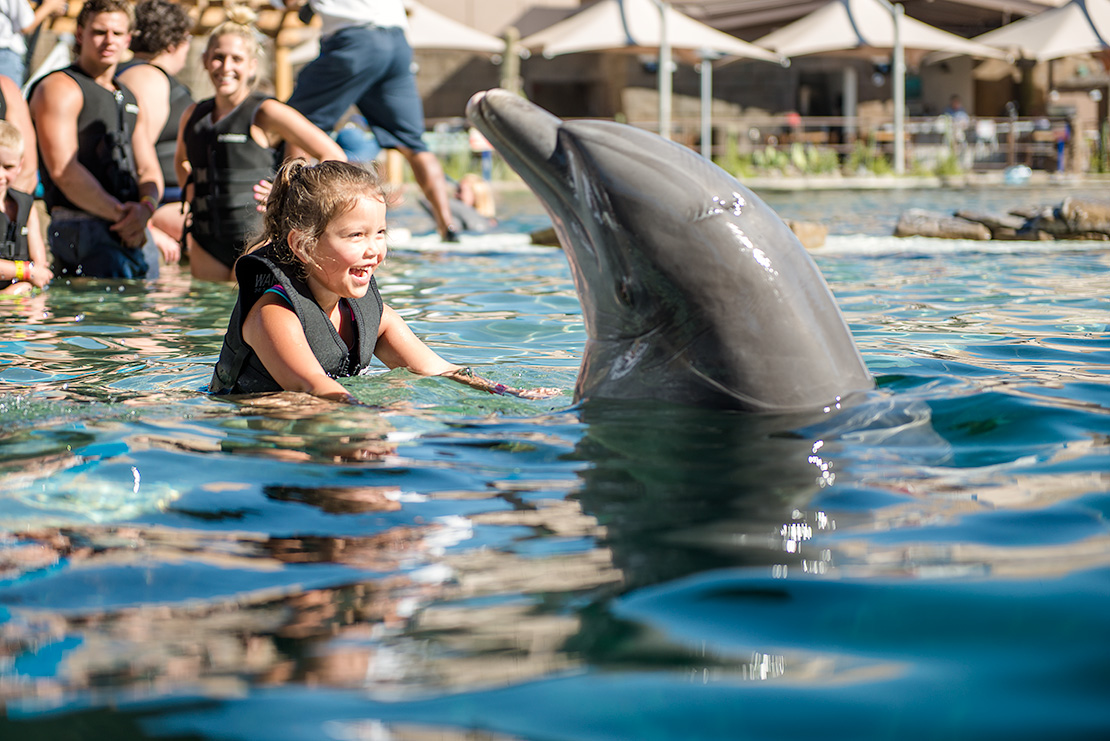 Dolphinaris Arizona, which has been the focus of protests from animal-rights activists since it opened in 2016, moved the last of its dolphins to a sea sanctuary in the U.S. Virgin Islands, the Republic reports.

The aquatic attraction on tribal land near Loop 101 and Via de Ventura had closed temporarily earlier this month following the death of a dolphin in January. It was the fourth dolphin to die at the exhibit since it opened three years ago.

According to the Republic, the four remaining dolphins were transported this week to Coral World Ocean Park in St. Thomas. A Republic reporter observed happenings at Sky Harbor Airport:

The Republic, going off a tip that dolphins were being transported Tuesday night, watched from a distance as a yellow Penske truck pulled slowly into a private hangar area at Sky Harbor around 11 p.m. Other moving trucks were already there.
The Republic could not see dolphins, but about a dozen people spent hours moving cargo into an Everts Air Cargo plane with what appeared to be slings, which are used in the transport of dolphins.
People for the Ethical Treatment of Animals (PETA) issued a statement about the closure of Dolphinaris Arizona, which the group has long criticized.

“It took two years, four dead dolphins, and a horrified public for Dolphinaris Arizona finally to concede that these highly intelligent, social, far-ranging animals don’t belong in captivity, and if this facility reopens, PETA urges it to do so without any animals,” Vice President Tracy Reiman said in the statement.

Dolphinaris voluntarily closed earlier this month to investigate what might have caused the most recent dolphin’s death. That investigation is ongoing, according to the Republic.

However, an advocacy group has raised concerns about the ‘ new home in the U.S. Virgin islands, citing water quality issues.