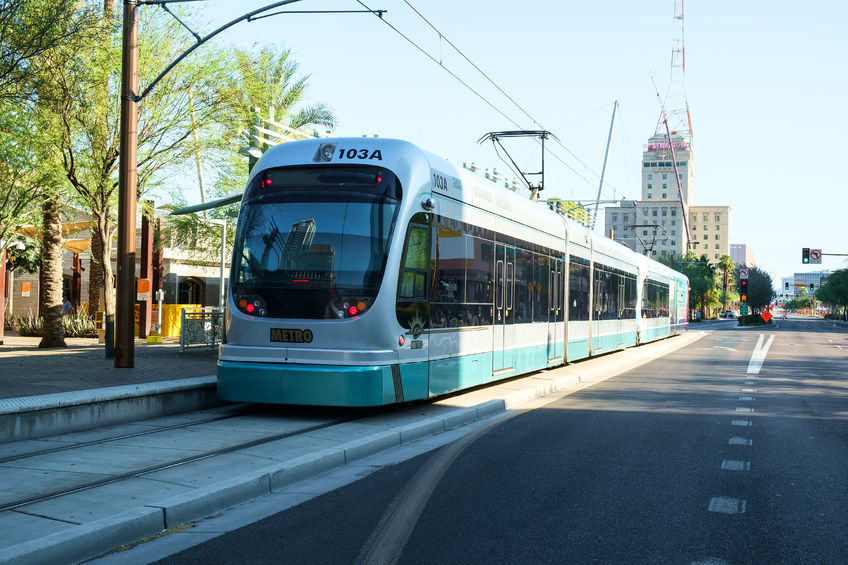 Access to mass transit improved residential sales value in seven major American cities and increased office sales value in five, including Phoenix, according to a study by the American Public Transportation Association and the National Association of Realtors.

In Phoenix from 2012 to 2016, median sales prices for homes within a half-mile of a light rail station increased 16% higher than homes outside of the transit area, according to the study. In all cities studied, homes near transit saw larger increases in their sales price.

According to the study, about 110,000 people in the Valley lived within a half-mile of a light rail station in 2016. The stations that saw the greatest increase in residential property values were the 38th Street and Washington station, where the median sales price increased 201% between 2012 and 2016, and the Sycamore and Main Street station in Mesa, where the median sales price increased 132%.

The transit area, or shed, makes up less than 1% of the region’s land area. Eight percent of the region’s commercial sales, both retail and office, between 2012 and 2016 took place within the transit shed, according to the study.

For offices in Phoenix, the median price per square foot for sales value increased 54% for offices within a half-mile of a light rail station, compared with 49% for offices farther away from public transportation. The only city studied where office sales value decreased near transit was Seattle. Office sales data for Minneapolis-St. Paul was not provided.

For retail properties, the median sales price for buildings within the transit shed decreased as compared with properties farther from the light rail, which the study partially attributes to the changing dynamics of retail, which has left many empty storefronts in malls and strip centers.

“Public transit’s benefits go beyond moving people from point A to point B,” APTA President and CEO Paul Skoutelas said in a statement. “Public transportation is a valuable investment in our communities, our businesses, and our country. Public transportation gets people to jobs and educational opportunities and helps businesses attract employees and customers.”

According to a study done by Valley Metro, in the light rail’s first 10 years of operation, $11 billion of public and private capital investment has been made along the 26-mile route.

According to the Valley Metro report, before the train was constructed, the corridor contained 3.11 square miles, or about 2,000 acres, of undeveloped land. By 2017, 62 percent of the vacant acreage had been developed, leaving about 1.17 miles, 750 acres, for development.