When fair is not equal: Passing the family business to the next generation 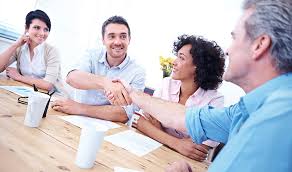 A majority of family business owners plan to split their companies equally between their children. But what they’re planning could be a recipe for family conflict – and a poor outcome for the business.

“Fair does not necessarily mean equal,” says Paul Sessions, director of the Center for Family Business at the University of New Haven. Consider a situation in which one sibling has devoted his or her career to the family business and shown an aptitude for it, while another has chosen a different path. Is it fair to either of those siblings to expect them to take equal parts in running the family business when mom and dad are gone?

In many cases, it isn’t. But nearly 60 percent of business owners say they plan to divide ownership of their business equally among their children, according to MassMutual’s 2018 Business Owners Perspective study.

In cases in which one family member works in the business and others don’t, there are ways to transfer the wealth of the business fairly. For instance, the business can be recapitalized, and money divided, or the family can create voting and non-voting stock. That way, family members who manage the business are given more say over its direction than those who aren’t involved by providing the benefit of the family business to all and perhaps tapping the less-involved family members’ input on more strategic questions.

Another way some business owners opt to help create an equal distribution of their estate is by utilizing the death benefit in a life insurance policy. Those children who do not get ownership in the business instead get a larger share of the insurance benefits at the owner’s passing.

Every family, and every business, is different, Sessions says, requiring a nuanced approach to transition.

“You have to understand the situation to make determinations about ownership,” he says. “And ownership is only part of the succession. You have ownership succession … you have management succession, whether it be to family members or non-family members. We have to look really carefully at what we want to accomplish in transferring ownership from one generation to the next.”

Here are some key questions and points business owners should consider when trying to be both fair and equal:

While many owners have their children’s best interests in mind, their intentions and visions don’t necessarily line up with the reality at least as seen through the next generation’s eyes. For example, a family-owned business may currently be run by the elder generation. The husband-and-wife owners have four children, who at various times, have worked in the business in different capacities. The youngest child works in the business and appears to be the only one who is committed to the business long term.

The parent-owners believe they are doing a loving act by splitting the business equally among the four children. However, when learning of the plan, the youngest daughter may feel jilted. It’s not uncommon to hear a comment such as “I don’t think it’s fair that my siblings get to benefit from two careers and I only get to benefit from one.”

Sessions says that families in which the father or mother, depending upon who runs the business, is dictatorial and arbitrary in deciding who will do what have the most trouble.

Other difficulties arise, Sessions says, when owners don’t face the fact that one day they won’t be around to run the business. “The ones who say, ‘You know what? I’m going to let them figure it out when I die,’ that’s usually a recipe for a horror show,” he says.

But family business transitions don’t have to be contentious. Owners recognize that passing along a business takes time, often months and not years, as well as communication and accountability on all sides, are setting up their business and their family for long-term success.

Kent Bernhard is a freelance writer for The Business Journals.