One-third of workers say they ‘belong’ at work 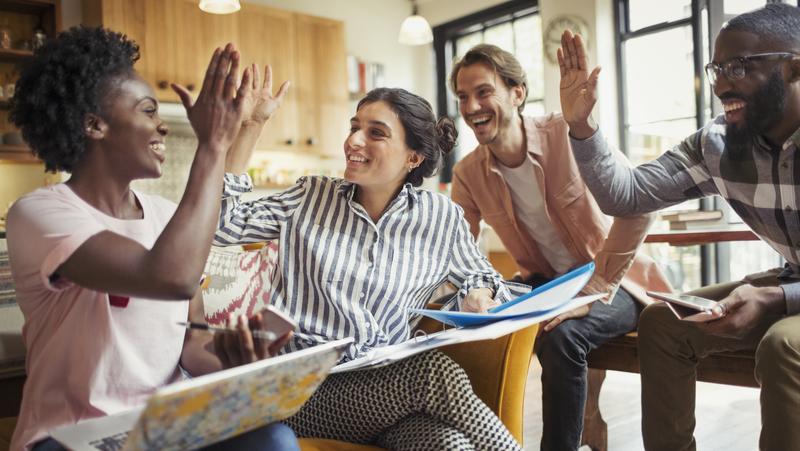 Work is second only to home as the place where most people feel the greatest sense of belonging, a new survey found.

For the Belonging Barometer, EY surveyed more than 1,000 employed adults to study the emotional and reputational impact of exclusion and belonging in the American workplace among various communities.

Nearly 40 percent of those surveyed said they feel the greatest sense of belonging at work when colleagues check in to see how they are doing personally and professionally.

This is important across all generations, more so than public recognition (23 percent), being invited to out of office events (20 percent), being asked to join a meeting with senior leaders (14 percent)

More than half of respondents (56 percent) said they belong when they feel they are being trusted and respected, and 39 percent, having the ability to speak freely and voice their opinion engenders belonging. One third (34 percent) feel they belong most at work when their unique contributions are valued.

But more than 40 percent of respondents said they feel ignored on the job, and a lack of belonging is often a factor that causes women and minorities to leave tech jobs, HR Dive reported.

The majority of women, 61 percent, feel that exclusion in the workforce is a form of bullying while most men (51 percent) believe it is not. Twenty-eight percent of women say social exclusion at work makes them sad.

Employers are increasingly recognizing the benefits of a diverse workforce, and nearly half of American workers, 45 percent, believe that work is the place where diversity is best represented in their lives.

In January 2018, LinkedIn identified diversity as one of the four trends in recruiting transforming how businesses hired employees, along with candidate assessment tools, data, and artificial intelligence, based on data from 9,000 hiring managers and recruiters.