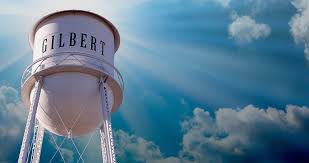 A private, liberal arts university based in Missouri will begin offering classes this fall in a downtown Gilbert building formerly occupied by another school.

Park University, which already has an Arizona presence in Glendale and Tucson, plans to begin classes this fall in Gilbert pending approval by the Higher Learning Commission and the Arizona State Board for Private Postsecondary Education.

The Missouri-based university will set up shop in about 11,000 square feet of the University Building, 92 W. Vaughn Ave., in Gilbert’s Heritage District. The town built the 87,000-square-foot, four-story building for St. Xavier University, which vacated in 2016.

Gilbert and Park’s deal is a three-year lease, according to the Arizona Republic, which also reported the university would pay Gilbert $175,000 in rent for the first year and $312,330 each in years two and three. Park has the option to expand its Gilbert presence and extend the lease for an additional six years under the deal, according to the Republic.

To start, Park’s Gilbert campus will serve adult learners in accelerated eight-week courses. The university projects enrollment to grow to more than 300 by the end of year three with plans to offer traditional 16-week classes.

The university also will offer 12 intercollegiate athletics programs beginning in fall 2019 including basketball, soccer, volleyball, golf and cross country along with baseball and softball.

Park University’s Gilbert campus will be its first outside Parkville, Missouri, to offer a traditional residential campus along with NAIA athletics programs, according to a university press release. The school already has Arizona campuses at Luke Air Force Base in Glendale and Davis-Monthan Air Force Base in Tucson.

“With the opening of Park’s Gilbert Campus, we are excited to expand our footprint in Arizona while meeting more students’ needs through the transformative power of higher education,” he said in a statement.

“The university has great plans to immerse themselves in the community and we look forward to supporting those efforts,” the mayor added in a statement.

Gilbert originally borrowed $37 million to build the University Building, and St. Xavier originally inked a 15-year lease. That school paid a $4 million penalty when it broke the lease, according to the Republic.