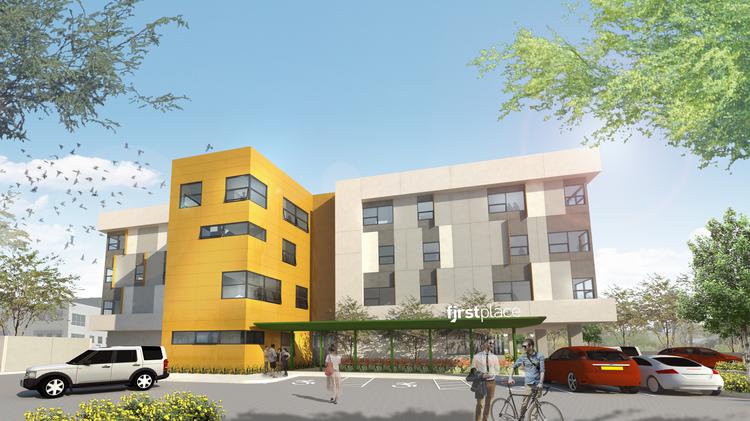 Hardison/Downey Construction Inc. broke ground today on a $15 million apartment complex, giving young adults with autism a chance to live on their own.

When the construction project was originally announced last year, Ryan Cos was going to build First Place-Phoenix for First Place AZ.

“During the process, we made changes to the original programming and construction type resulting in our selection of Hardison/Downey to build First Place-Phoenix,” she said.

RSP Architects is the architect for the project, which is being financed from public, private and charitable sources, said Resnik, who co-founded the Southwest Autism Research and Resource Center.

Resnik said she hopes her son Matthew will get a chance to move into the new property at Third Street and Catalina Drive in midtown Phoenix.

The campus also will include the First Transition Academy and the First Place Leadership Institute as well as Arizona State University/Teach for America fellowships.

Resnik said this will be the first in a plan to develop other properties.

“Locations are being evaluated,” she said. “A time frame has not been established.”