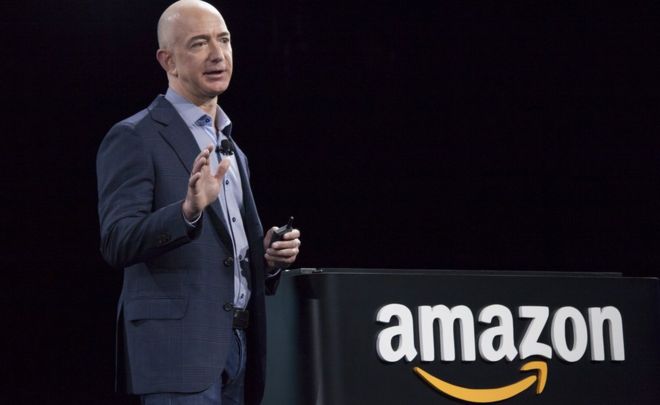 Amazon announced Tuesday it will raise its hourly minimum wage for all U.S. workers to $15, a change that will impact as many as 350,000 employees coast to coast including in Arizona.

“We listened to our critics, thought hard about what we wanted to do, and decided we want to lead,” Jeff Bezos, Amazon CEO, said in a statement. “We’re excited about this change and encourage our competitors and other large employers to join us.”

The $15 minimum, more than double the federal $7.25 minimum wage, kicks in on Nov. 1 and will be in place for all full-time, part-time, temporary and seasonal employees. Amazon (NASDAQ: AMZN), the global e-commerce and web services giant, employs 250,000 in the U.S. alone but expects to hire at least 100,000 more just for the holiday season.

Amazon operates a growing network of fulfillment and distribution warehouses, some topping 1 million square feet, in all corners of the country. And like so many large companies that employ thousands of lower-wage workers, it has been criticized for wages that fall short of what employees need to provide for their families.

The company employs approximately 7,000 across several fulfillment centers and other operations in the Valley. The wage hike also includes all employees of Whole Foods Market, the Austin, Texas-based organic-focused grocery store chain acquired by Amazon in 2017. Whole Foods has five stores spread around the Valley.

Jay Carney, senior vice president of Amazon Global Corporate Affairs, said the company “will be working to gain Congressional support for an increase in the federal minimum wage.”

Seattle-based Amazon, one of the world’s largest companies led by the world’s wealthiest individual, employs 575,000 across the globe. It is in the final stretch of its search for a second North American headquarters. Sites in the Valley failed to make the list of finalists for HQ2.